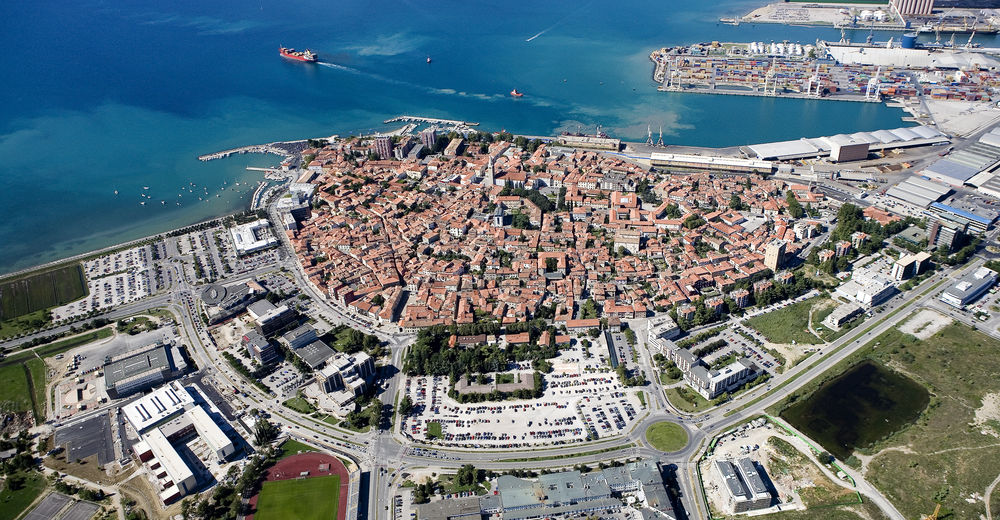 Situated at a latitude of 45o 32,5' North and at longitude 13 o 45,5' East, with a characteristic Mediterranean climate partly influenced by the continental interior. This is Koper with its mild winters and warm and dry summers. Is there anything more pleasant than standing on the seaside, embraced by a soft north-west breeze, admiring the scarlet sky on a day when the scirocco blows or watching the sea in its wild dance of waves stirred by the northern wild?
Carved grey Istrian limestone, eight squares situated at the outer edge of the town covered with a carpet of white stone, eleven other squares, remnants of an ancient city wall, narrow intertwining streets leading to the main square, boasting the largest cathedral in Slovenia - all this narrates the story of the past and of the present moment. Step by step the facades of the buildings and their interiors reveal the millennial history of Koper, once Iustinopolis, Capris, evoke the era of the Venetian Republic, the golden age of the Gothic and Renaissance - up to the present moment.
The climax of the summer in Koper - the Yellow night with the largest and longest lasting fireworks, with the greatest number of events taking place in the open air, a family holiday, a real national festivity. Let yourself go to the rhythm of the summer, enjoy the theater performances taking place within the ancient city wals, and in winter drink a toast to the coming New Year and to all the years to come. Enjoy the local handicrafts, taste the typical local dishes like the jota (a soup with pickled cabbage), the bobiči (corn soup), polenta (corn porridge), cod, the fish soup, fish specialities and the typical local wines.

The valley of the castles, with the caste of Socerb as the first one, extends below the edge of the Karst as a limes, a fortified border that once separated the territory of the Venetian Republic from the Austrian region. The path takes us then through Hrastovlje with the ancient frescoes and the world - famous Dance Macabre to the tower in Hrvoje, which marks the highest point in Istria. There the sight touches the horizon. Excursionists, riders and cyclists can discover the hidden beauties of the waterfalls, the rapids and pools of the Dragorija river - an oasis with crystal clear water. 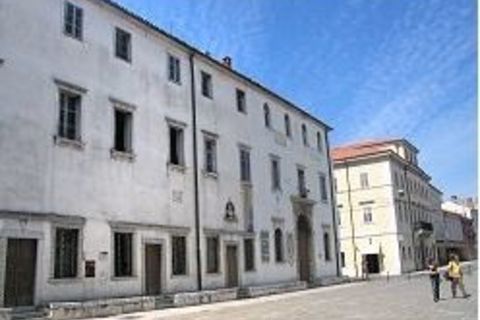 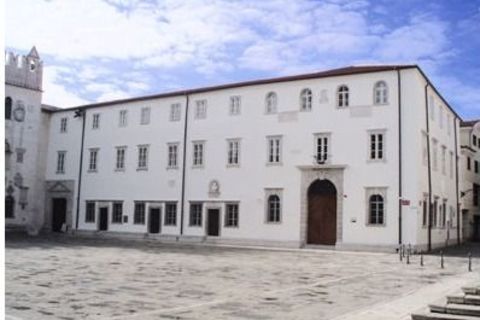 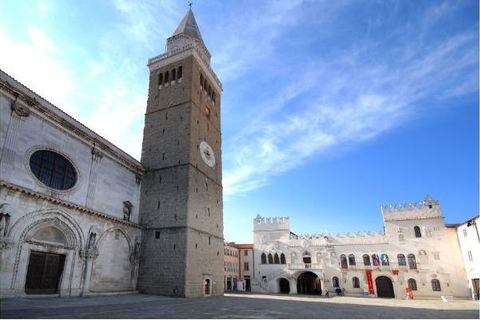 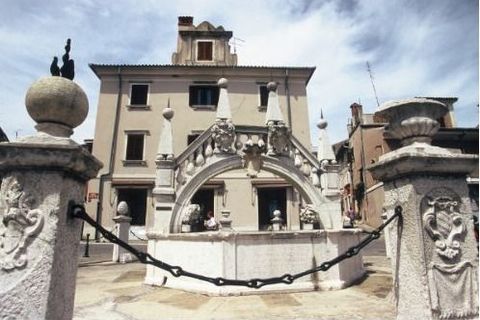