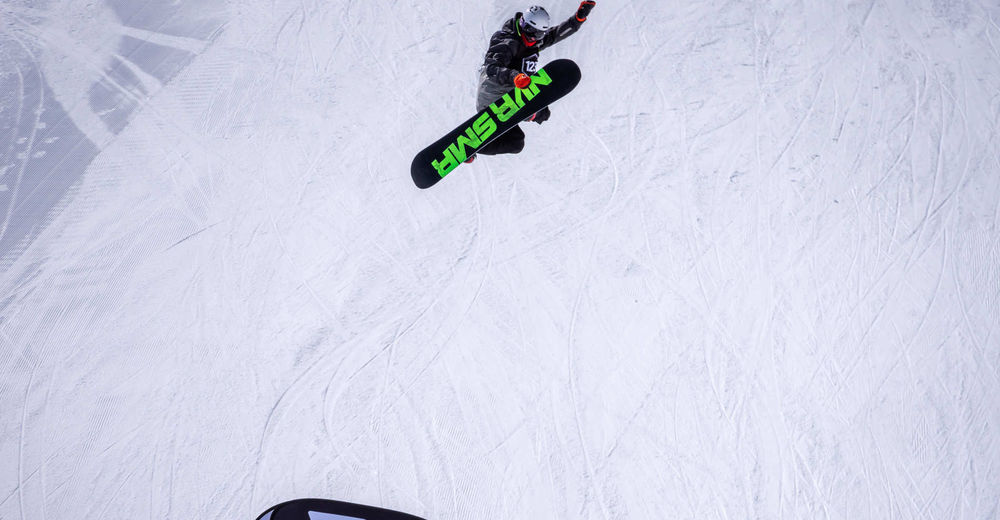 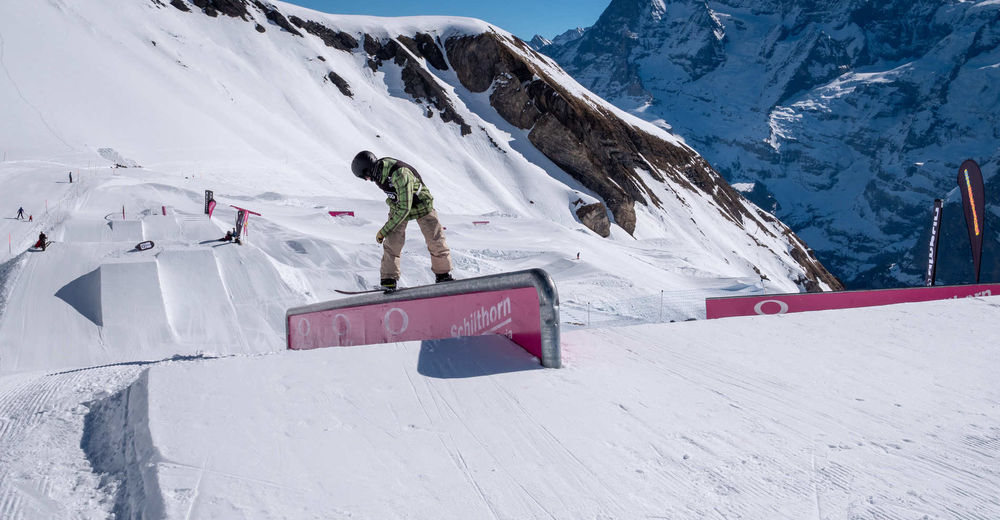 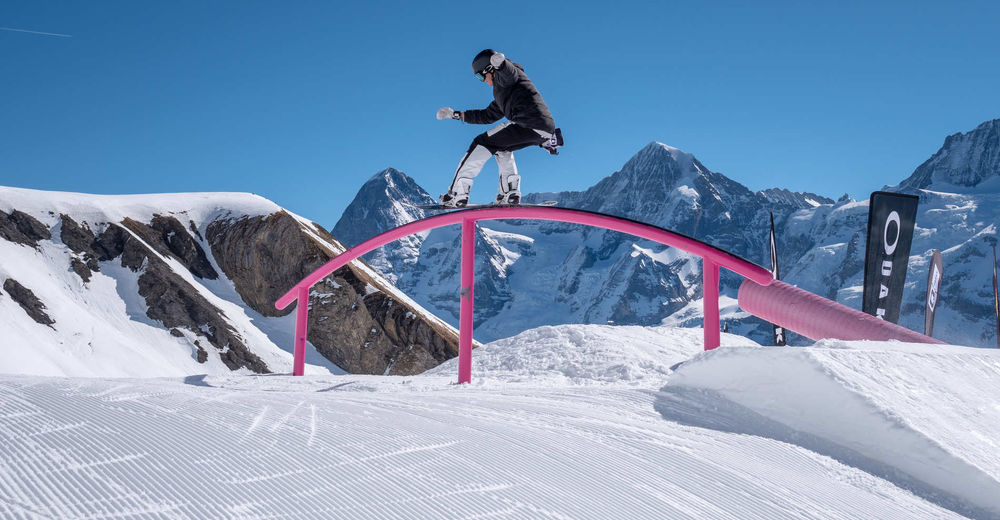 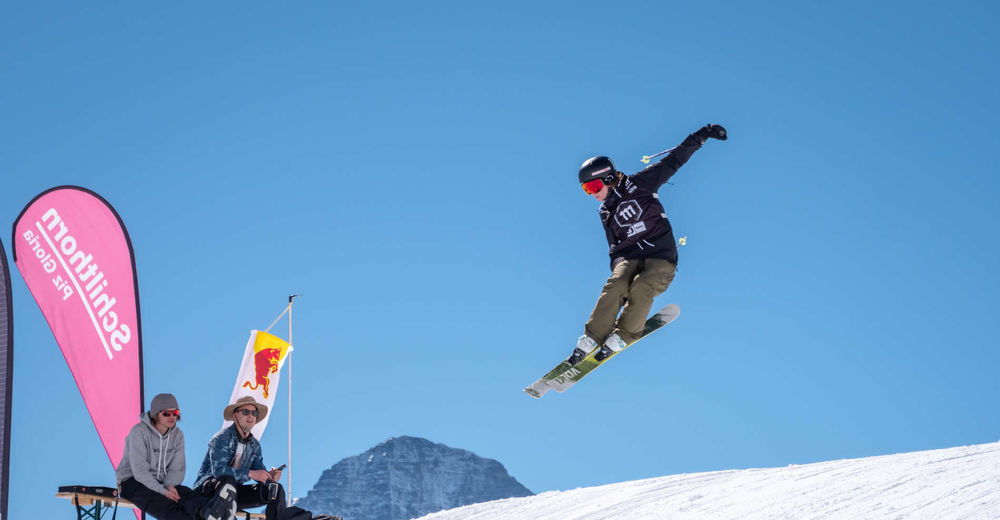 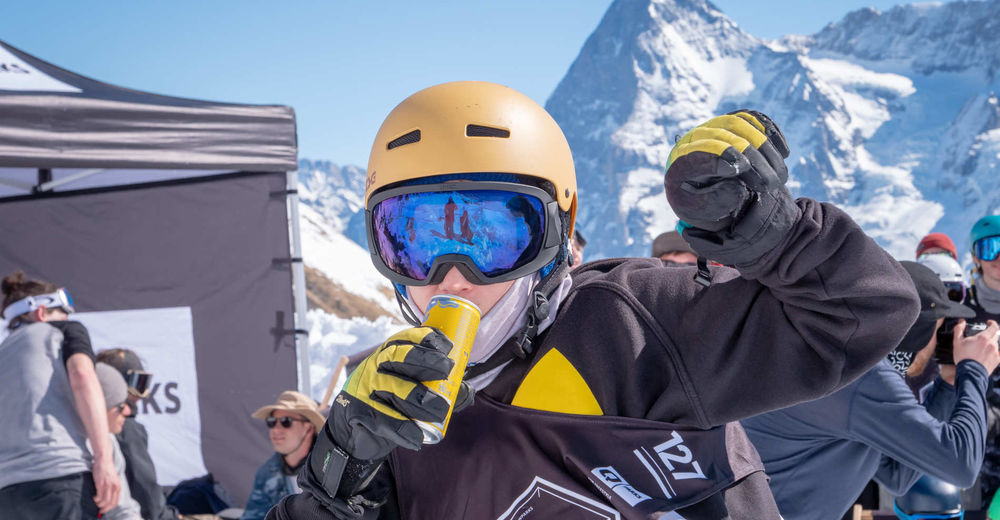 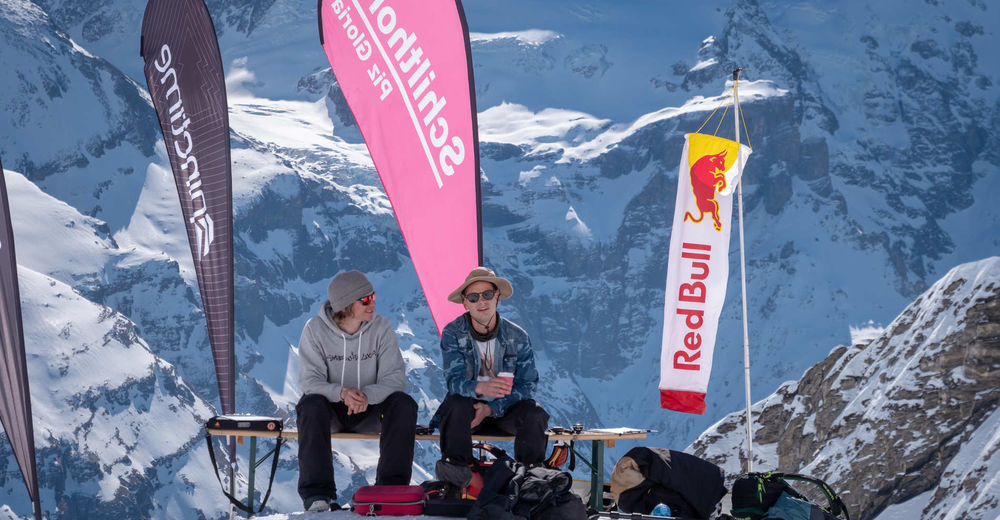 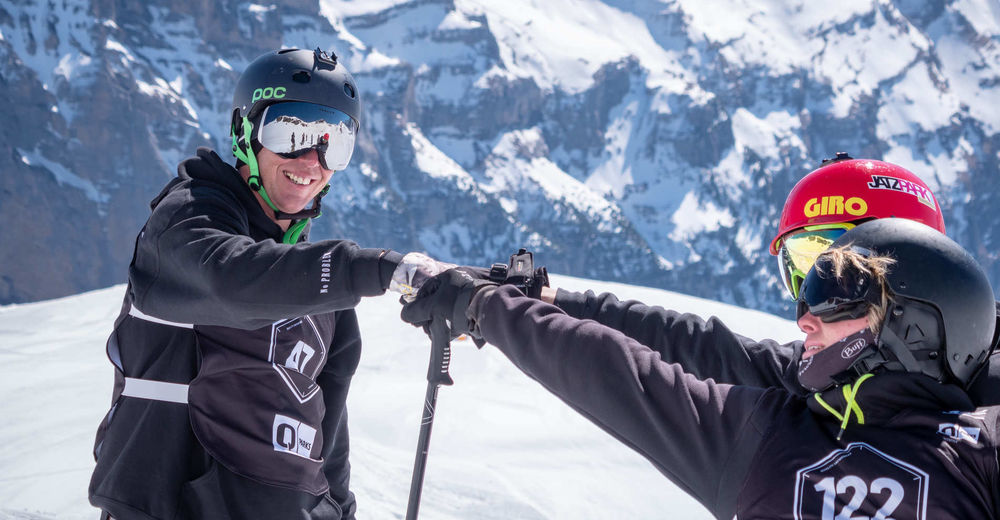 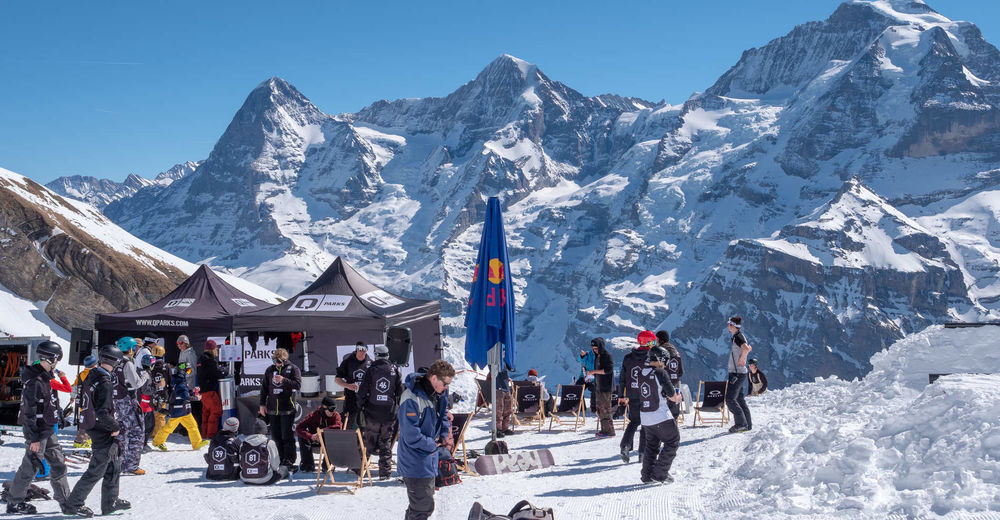 A contest with spring temperatures, a posh slopestyle setup and good vibes. That’s the 6th QParks Tour Stop 2019 – the Oakley Schilthorn Open 2019 in a nutshell. At the SKYLINE SNOWPARK, especially the Swiss riders excelled. They won some sweet bucks and awesome goodies at their home terrain.

Fine lines in front of the finest of all skylines

Can you actually top this? Endless hours of sun helped creating a fantastic contest atmosphere at the Oakley Schilthorn Open 2019. While some riders as well as the spectators worked on their goggle tan and admired the gigantic skyline, freestylers were going for it on the slopestyle setup.

The international starters mastered two jib sections and one jump. After jibbing the down rail (or optionally down box), a medium kicker with two take-offs made sure that the shred heads gain enough airtime for some spins and flips, before a rainbow rail or a cannon tube were waiting for the contestants. The riders were highly motivated in any case – the outstanding snowpark panorama probably helped here. While the majestic peaks of Eiger, Mönch and Jungfrau were sweating in the spring sun, the riders put down three runs. The judges gave each rider’s best run a score, and thus crowned the champions of the day.

The 6th QParks Tour Stop of the season was definitely a good day for the Swiss riders. At the ski area Schilthorn – Piz Gloria, the shredders competed for the solid amount of 3,600 CHF and the finest snowboard goodies.

Many freeskiers at the Oakley Schilthorn Open 2019
One guy stood out from the big freeski crowd at SKYLINE SNOWPARK – Cyrill Hunziker (SUI). The local hero was happy about a clear victory in the category Freeski Men at his home park. The Swiss freeskier received 96.5 points for his best run and was seven points in front of Leon Ernhofer (GER) who came second. The German collected a bunch of valuable points for the overall QParks Tour ranking. Micha Hilpert (SUI) followed him closely and finished third. This isn’t the whole story though; the young Swiss rider also won the Free Spirit Best Trick Award. He impressed the judges the most with his steezy Switch Bio 9 Safety. In the Groms categories, the team skiers from TSV Freeski and Bern Freeski dominated. A strong Florian Pale (AUT) secured the first position. The Austrian is further on the top position in the Grom Men overall ranking of the QParks Tour. The Bern Freeski riders Silvan Borra (SUI) and Lars Ruchti (SUI) completed the podium. Victoria Ressel (AUT) won the Freeski Women category at the Oakley Schilthorn Open 2019. She collected another 100 points for the QParks Tour Ranking where she’s sitting in the top position too. Greta Staudacher (AUT) just missed the first place by a few points. Her best run received three points less than the one of her teammate. Melanie Setz (SUI) came in third.

Swiss dominance among the snowboarders
All podium positions in snowboarding were exclusively conquered by Swiss riders. The man of the day was definitely Phillip Schwan (SUI). He showed a stylish Frontside 7 Melon and won the Free Spirit Best Trick Award. Like every Best Trick Award winner, he has now the chance to win a surf holiday for two at the Free Spirit Hostel in Ecuador. But this isn’t the whole story. The snowboarder received a score of 91.5 points and also celebrated a clear victory in the Snowboard Men category. His compatriot Sascha Hirschi (SUI) finished second, while Dave Weber (SUI) came third.

The winners were happy about some hard cash and nice goodies from Radix, Oakley, Amplifi, Pinetime, Boardriding, Pleasure, Downdays and QParks. While having cool drinks and snacks, the riders relaxed in the Oakley deckchairs at the end of the day. It was definitely an awesome slushy spring session with the most impressive scenery. With this fine setup, the spectacular views and the best bluebird day, everyone was a winner in some way, right?